The paper, published on BioRXiv, describes the TLA-based analysis of 40 widely used transgenic mouse lines. The Targeted Locus Amplification technology was used to map the integration sites of the transgenes and to verify potentially harmful sequence variation.

The paper shows that transgene insertions can have effect on the phenotype of widely used transgenic animal models and highlights the importance of a complete genetic characterisation. 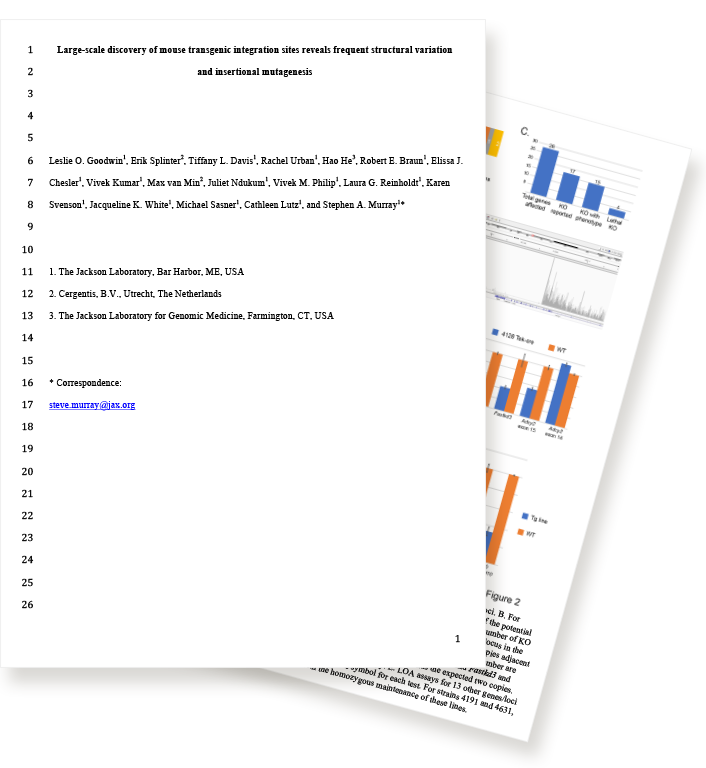 More news
© 2012-2020 Cergentis B.V. All rights reserved.
For Research Use Only.Not for use in diagnostic procedures.